Ahhh... the South!  I've been looking forward to this trip since, well... since I got home from my last one.  Although i nearly melted in the heat (in May!  I can't even imagine August!), both Charleston and Savannah were even more picturesque than I imagined.

Charleston- My camera stayed packed away in my purse for most of my exploration of Charleston (because most of the exploration was of rooftop bars... I found one with a SWIMMING POOL!  Roof + beer + swimming pool = heaven!).  I did snap this looking out onto the Charleston Harbor.

There's something about salty air that invigorates the soul.

Did I really just say that?! With a straight face? 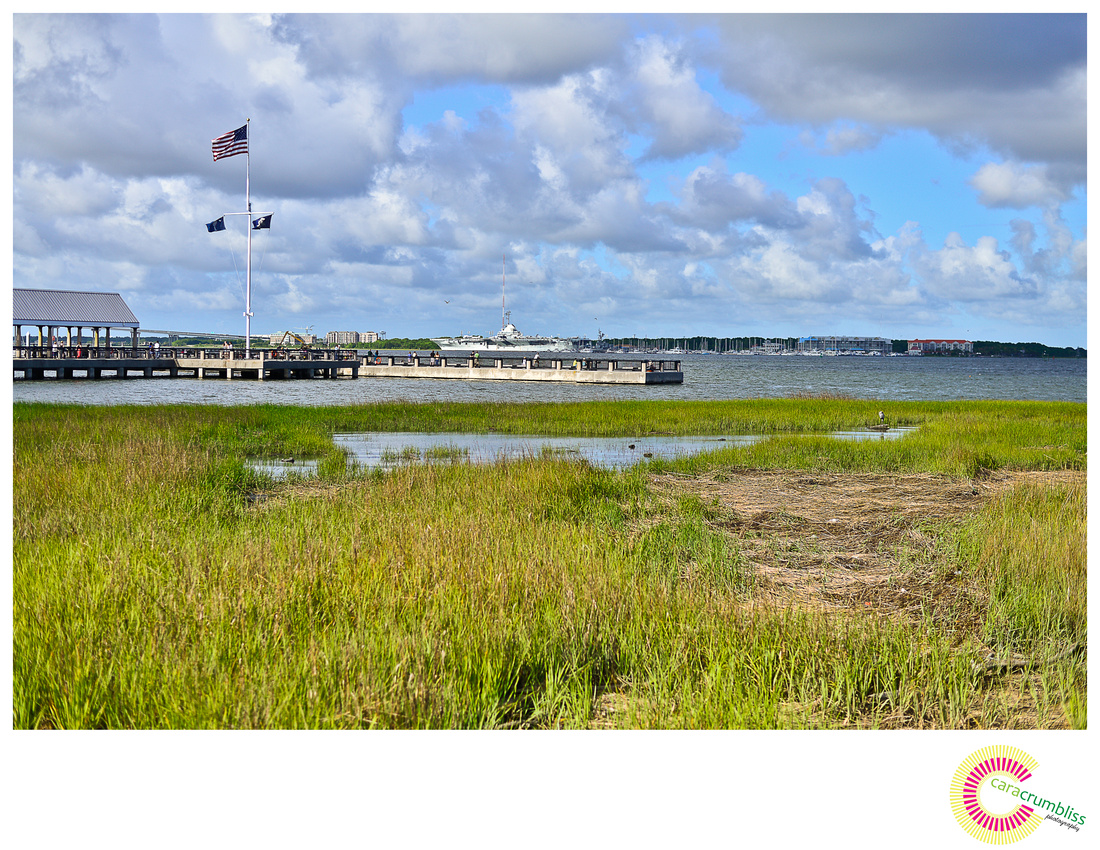 Shem Creek- As is now tradition on Cara Vacations, I found a kayak trip with dolphins.  Coastal Expeditions Shem Creek Kayak Tour took us up the creek to the Charleston Harbor, around Crab Bank Island- a seabird sanctuary with thousands of birds and hatching baby seagulls (I think!), and back.  Along the way, we saw a huge Loggerhead Sea Turtle poke his cute/ugly head out of the water, and the trip wouldn't have been complete without 4 or 5 dolphins playing and breaching around the kayak.  I was certain they were out to tip me over!  After a long kayak, we enjoyed drinks and dinner nearby at the waterfront restaurants. 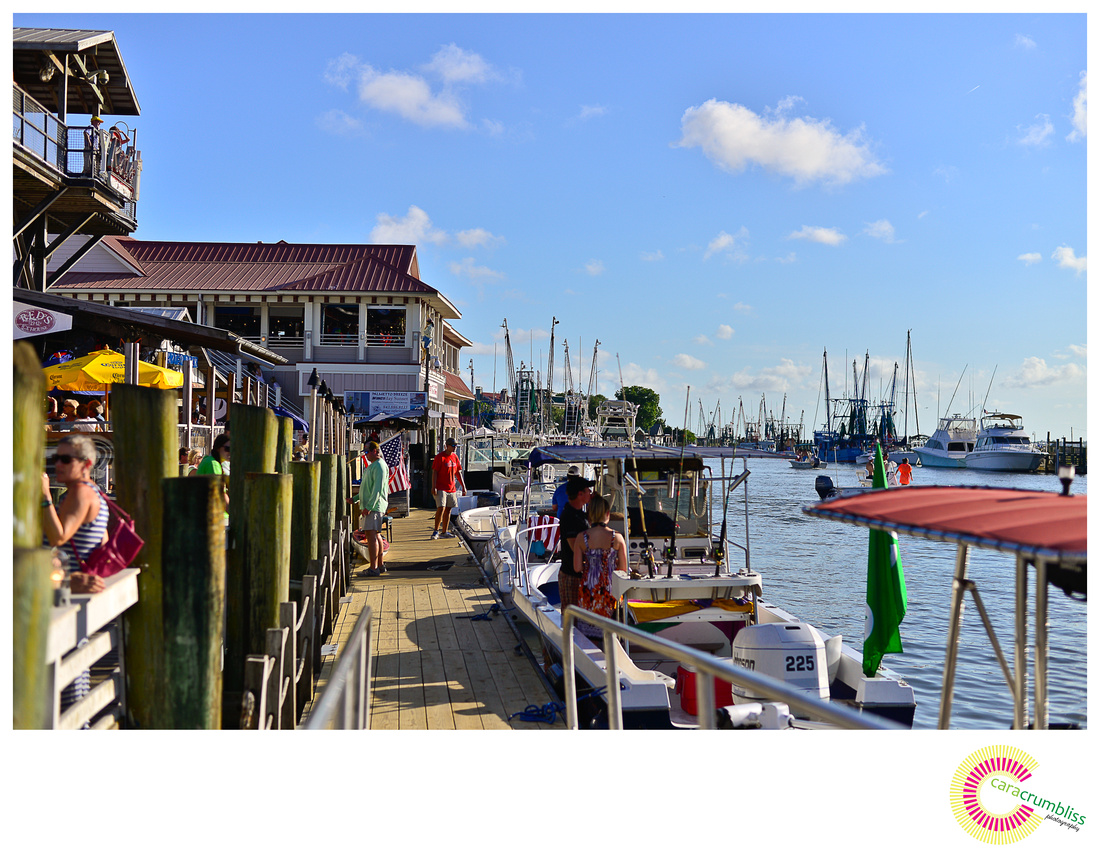 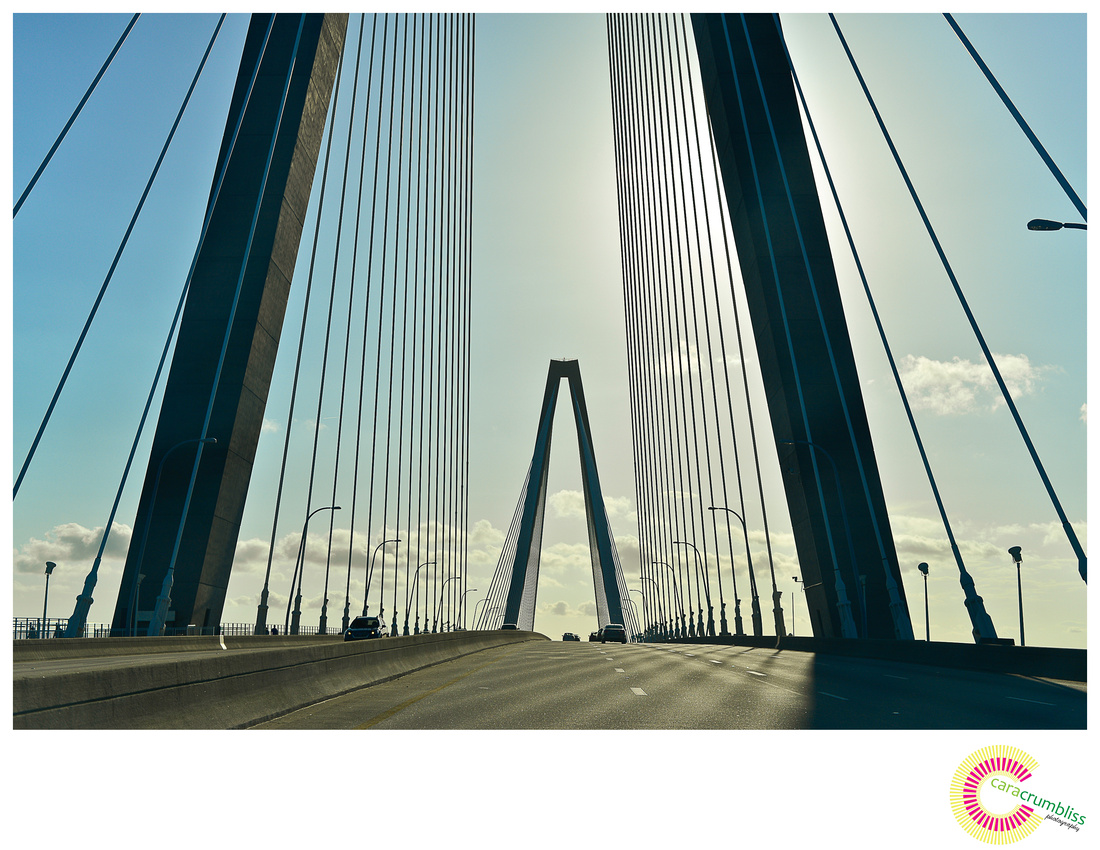 Savannah was much as I expected... Sleepy, quaint, oh-so-southern, and HOT.  The Spanish Moss is so amazingly beautiful to a Kansas/ Chicago girl!  I've got to figure out how to get that to survive a Chicago winter!  There were historic buildings, fences, stairs, etc. everywhere I turned.  And about every 100 feet, there's a square where they do a lot of their sitting.  These southern folks do soooo muuucccchhh sitting.  They must really think a lot because what else would you do sitting in squares or on the front porch or at the beach for days on end?! 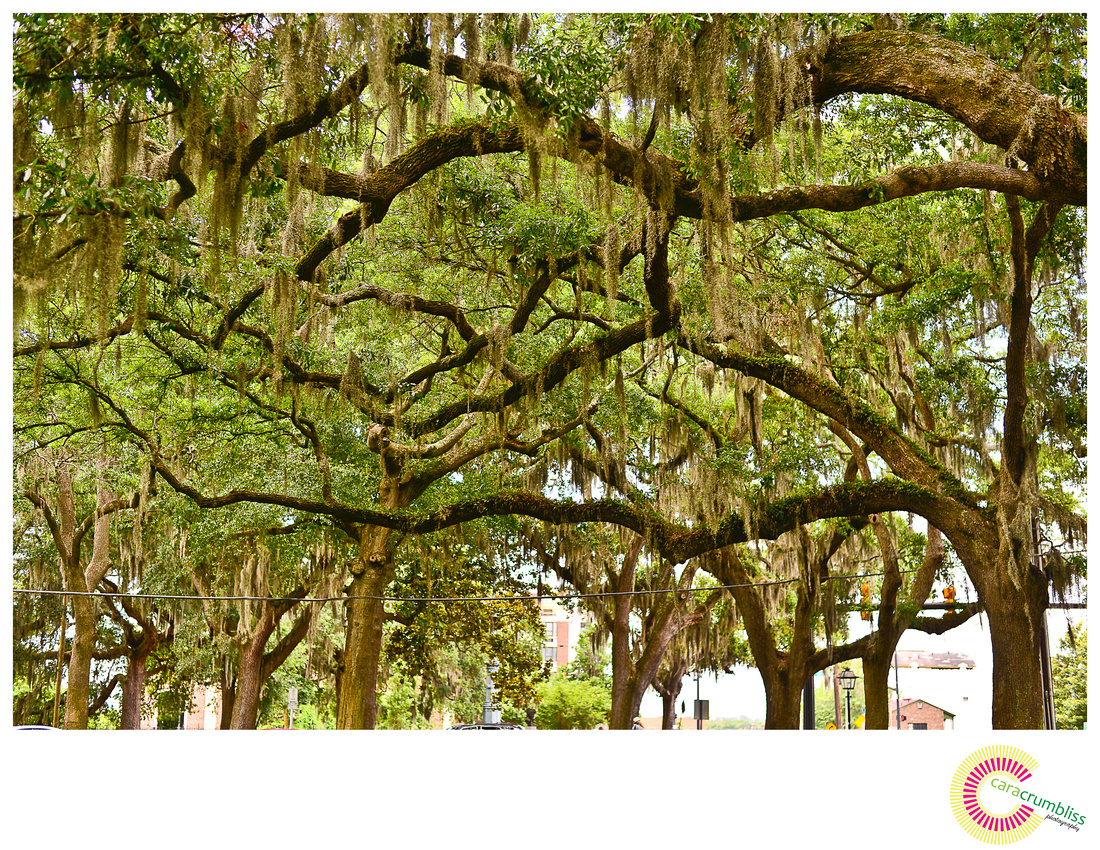 Historic stairs to the riverfront- 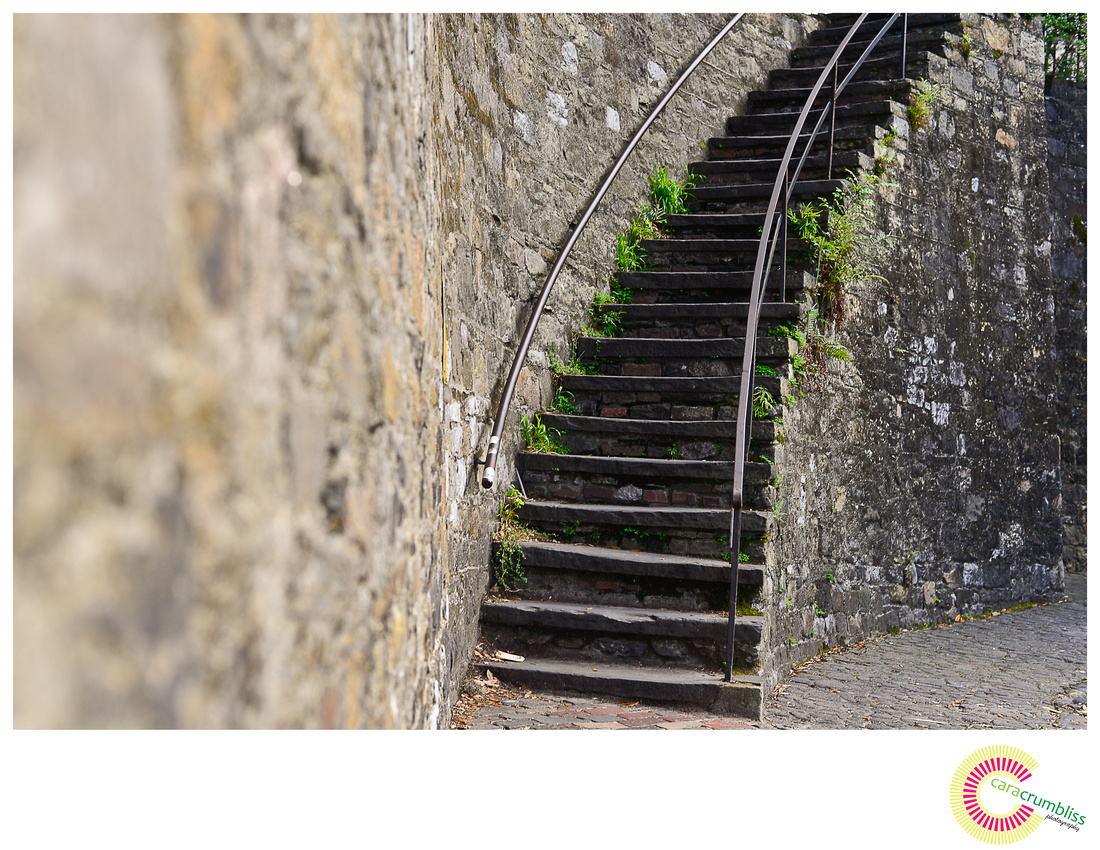 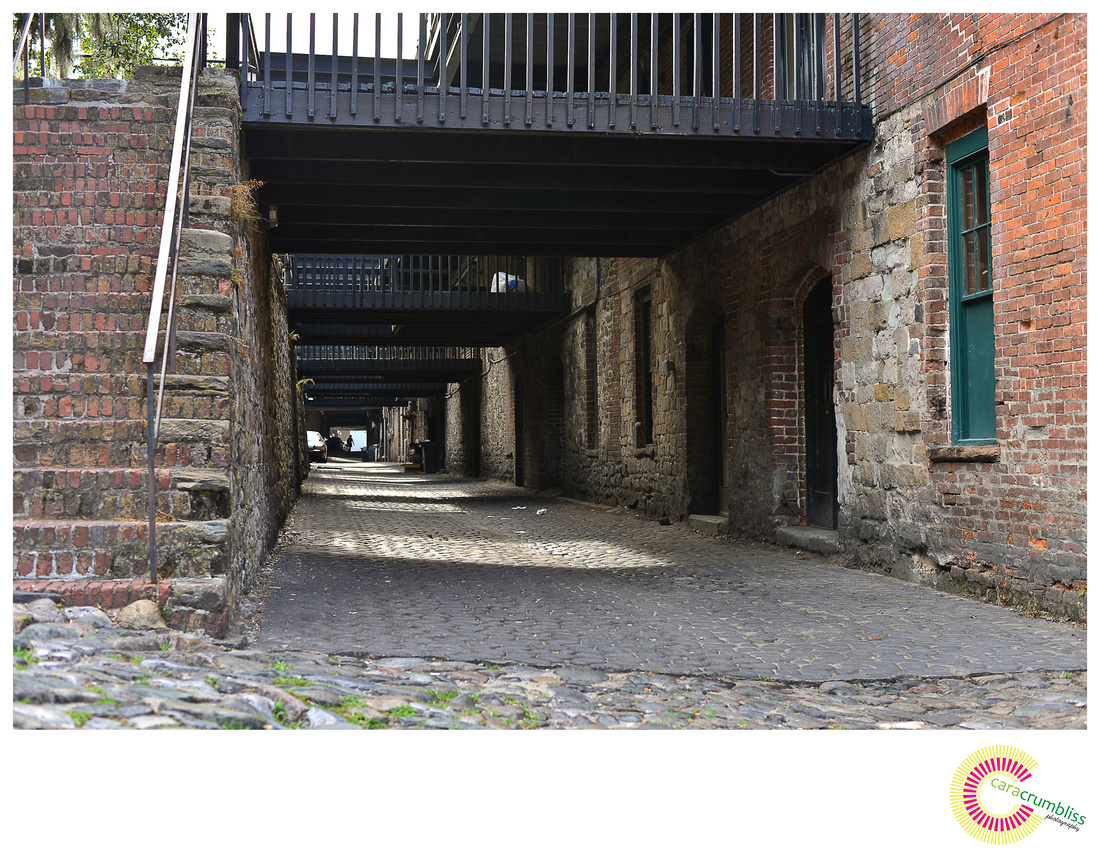 As luck would have it, we were in Savannah during some huge pub crawl... this pup was my favorite thing about the unusual crowds! 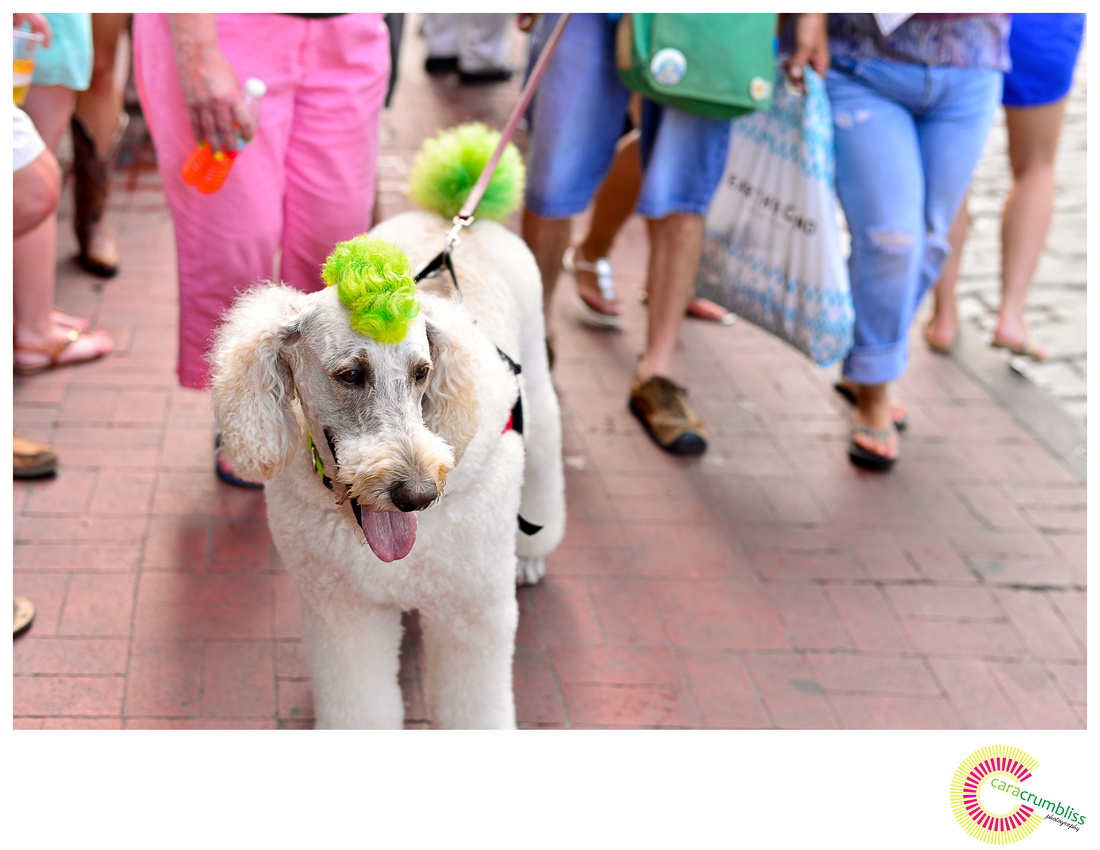 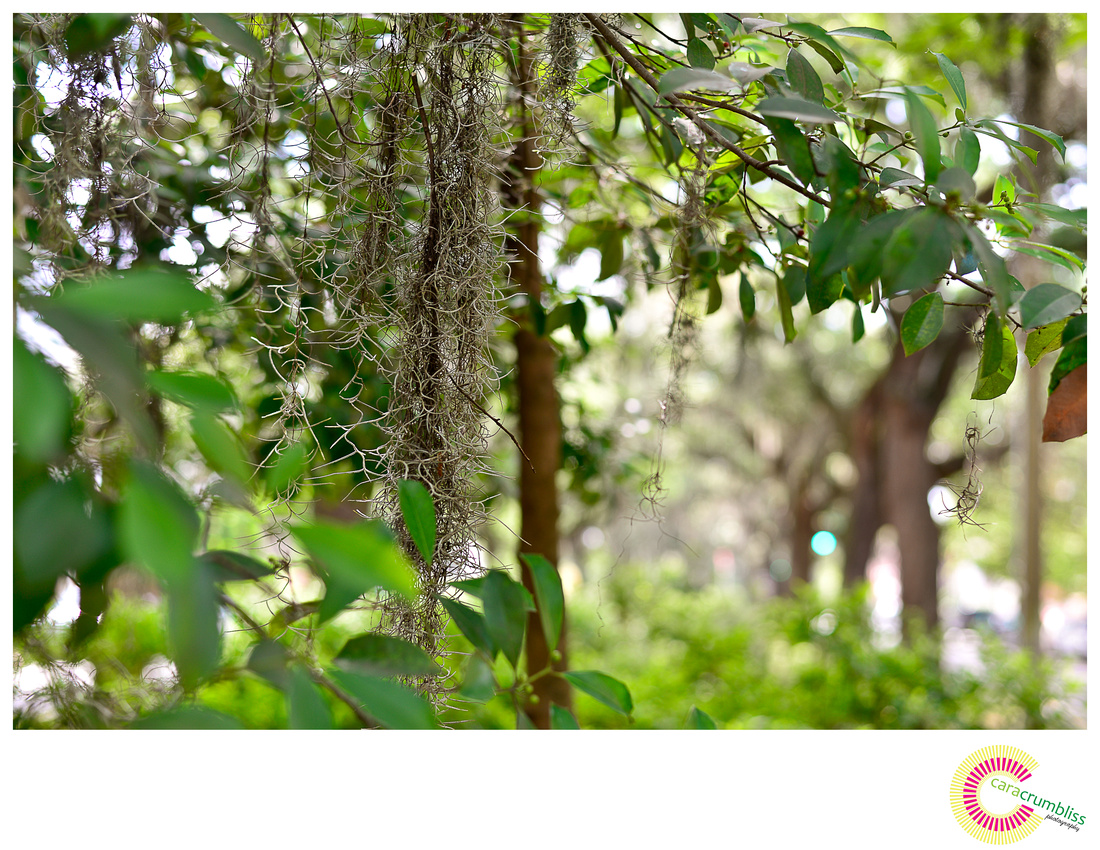 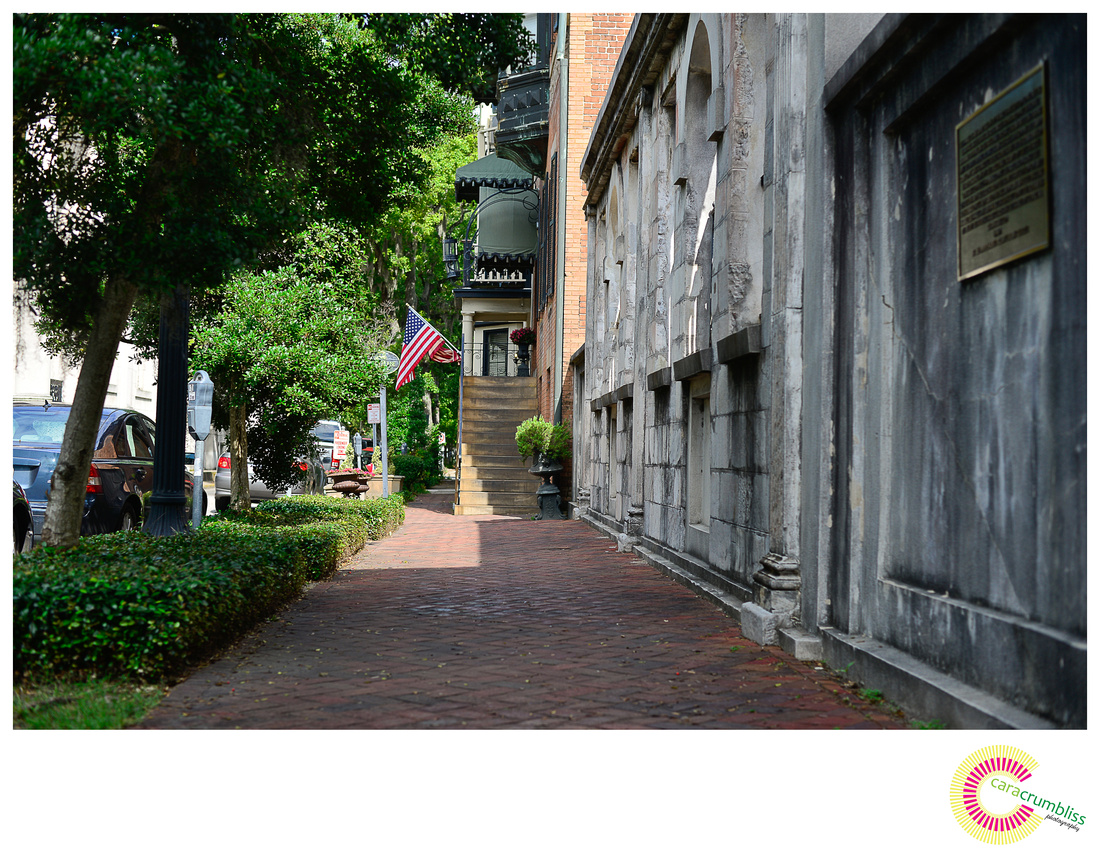 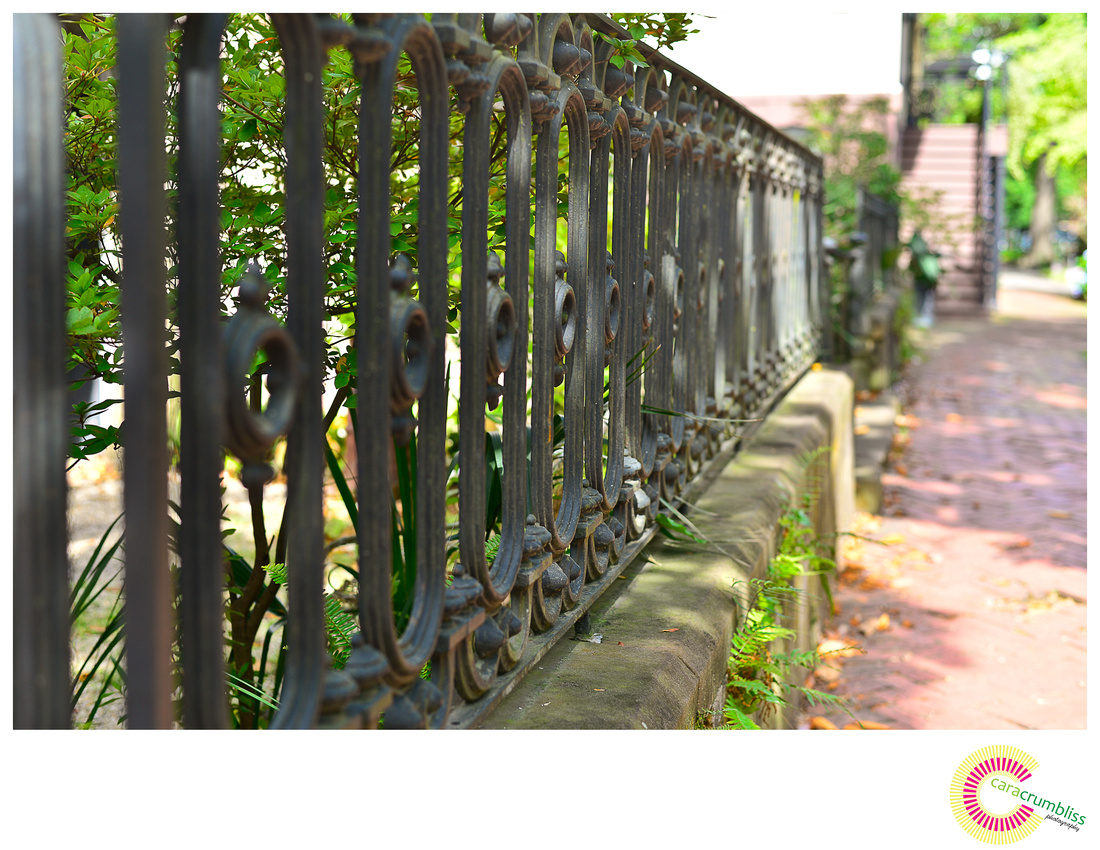 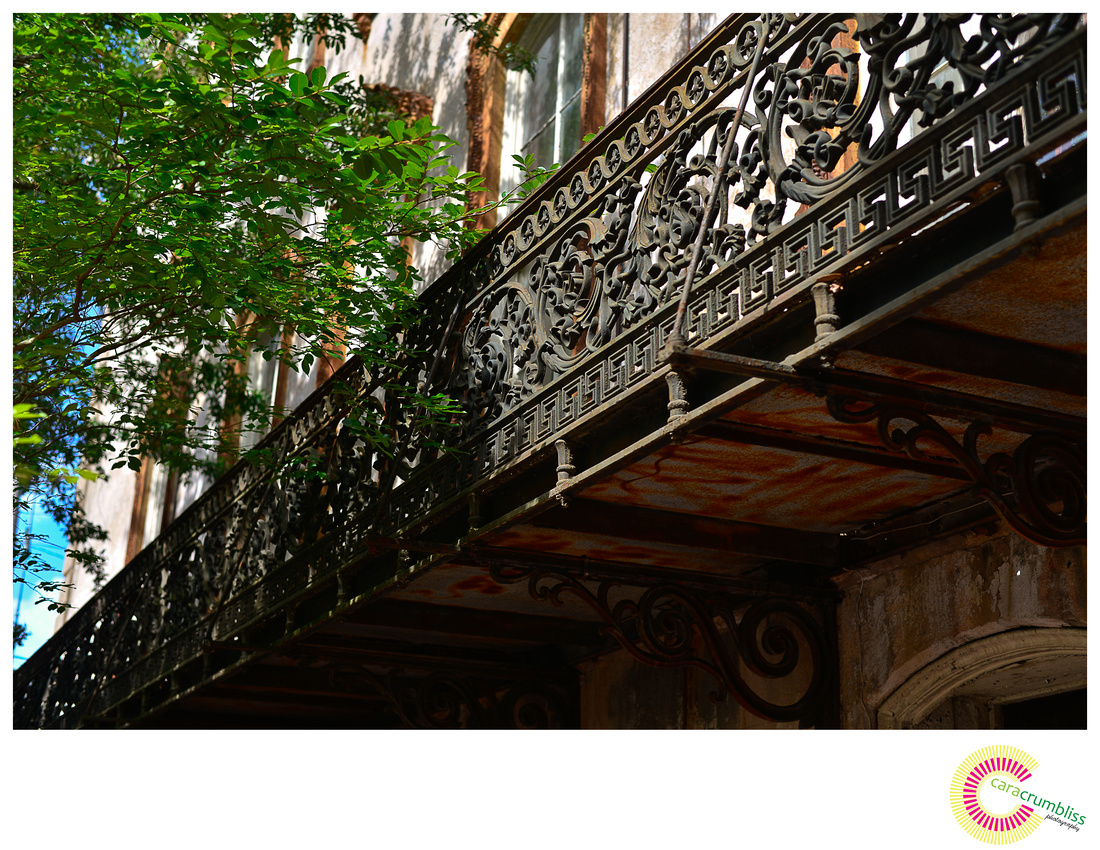 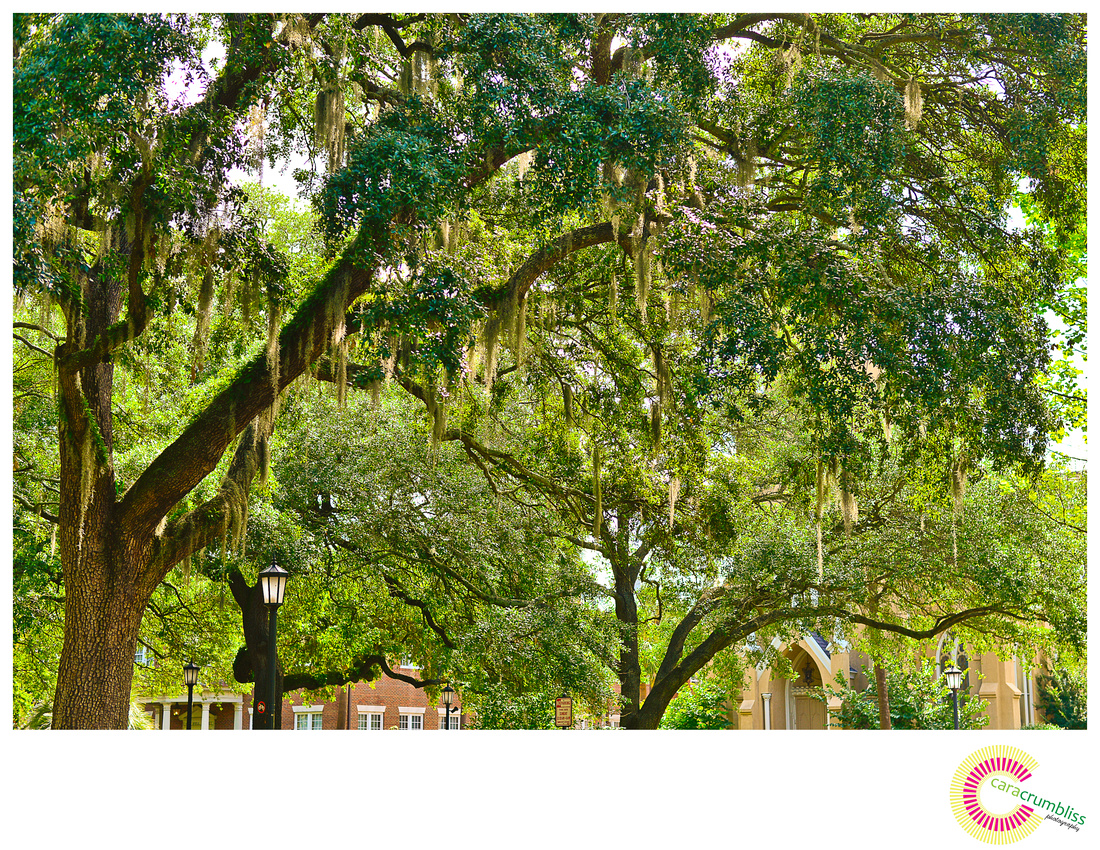 I found it interesting that their concrete had shells in it instead of gravel/ rocks.... 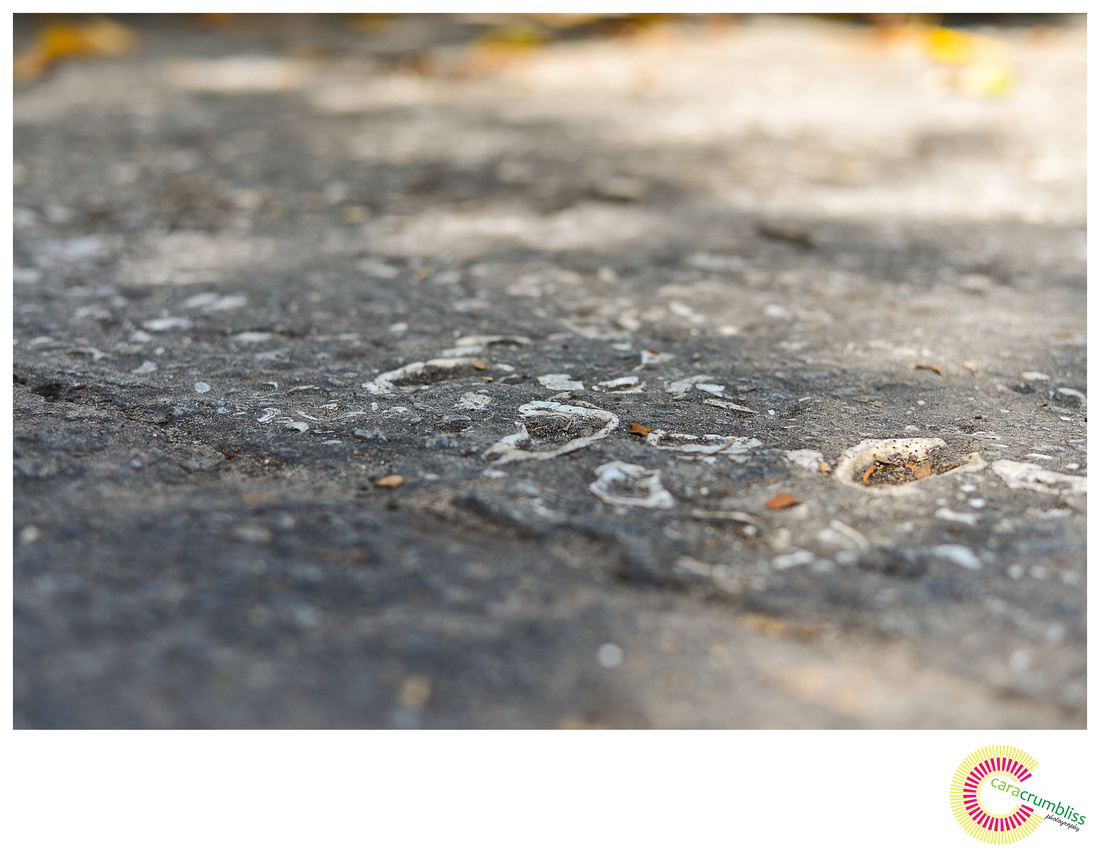 And, no trip to the South would be complete without a honey butter biscuit.  This is what dreams are made of. 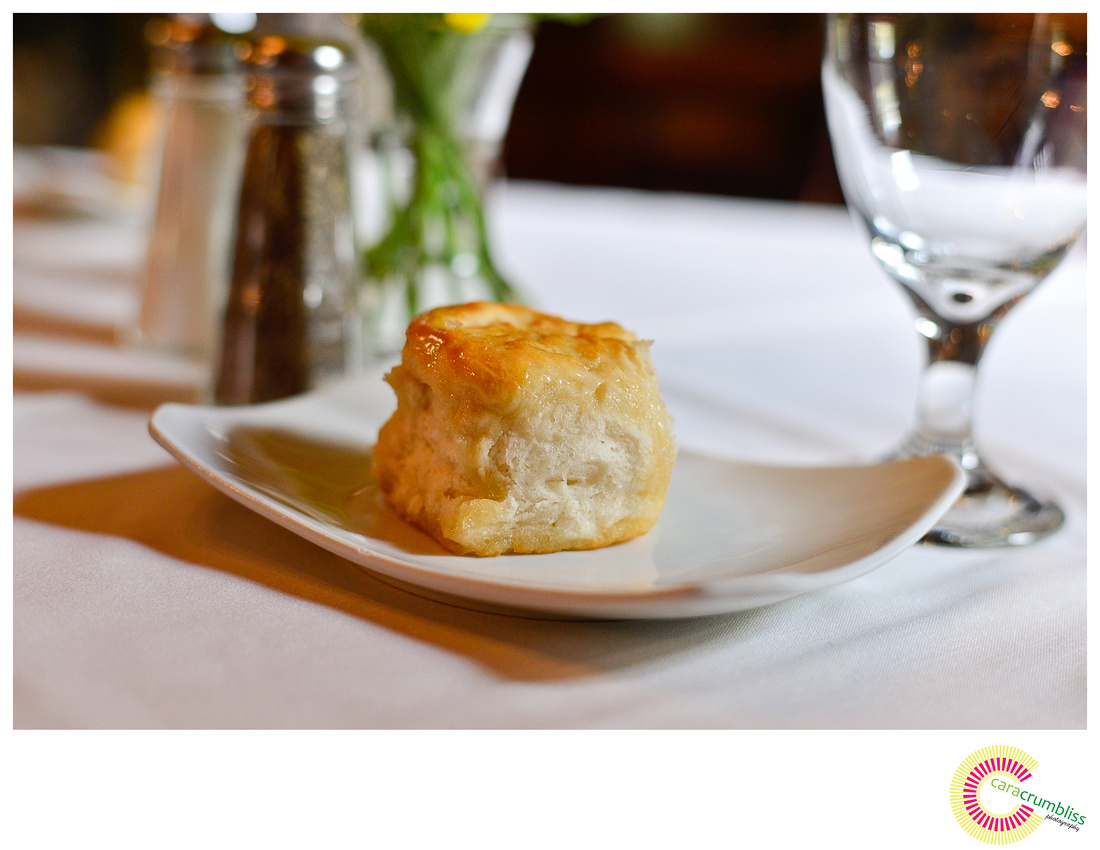 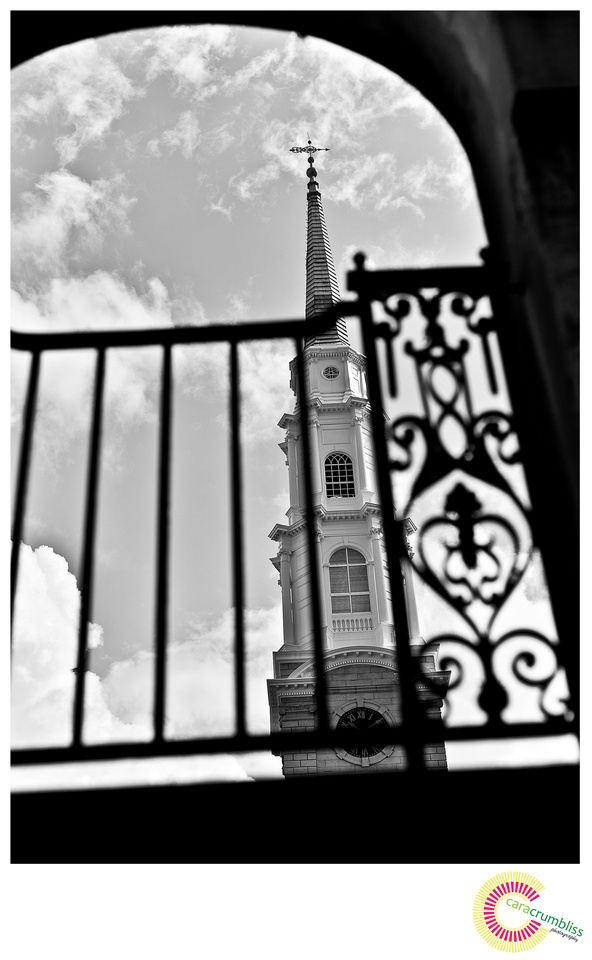 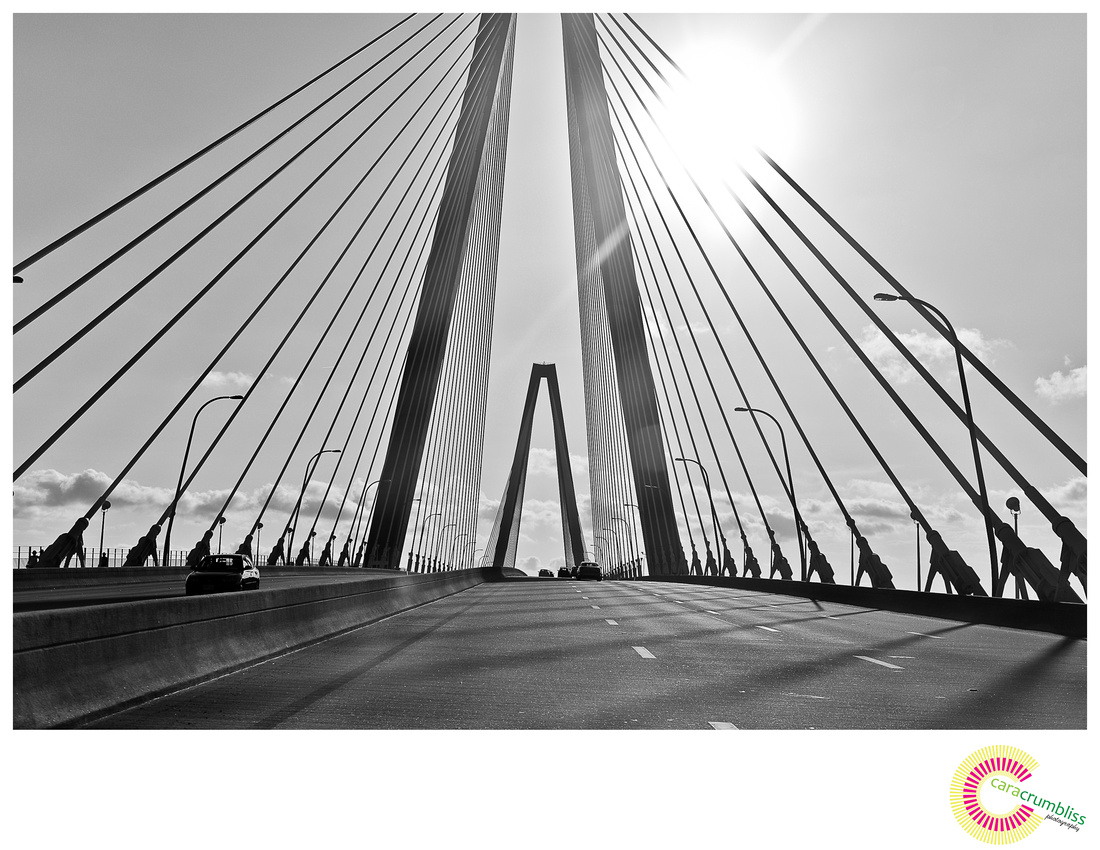